San Diego Magician Ben Silver was named the #1 Most Unique Business in America by Yelp in 2019.

There may be other Americans who operate a magic business and also operate a sommelier business. Silver operates one business, Ben Silver Magic, that offers magic and sommelier services, to the same customers on the same night — often mixing wine and illusion in the same performance. And according to Yelp data, his is the only magician-sommelier business in the U.S.

Silver stands out for combining two categories to great effect. Among those 21,076 businesses, he ranks №1 on our measure combining average rating with number of reviews, the one we use to rank every U.S restaurant and many other sets of businesses. 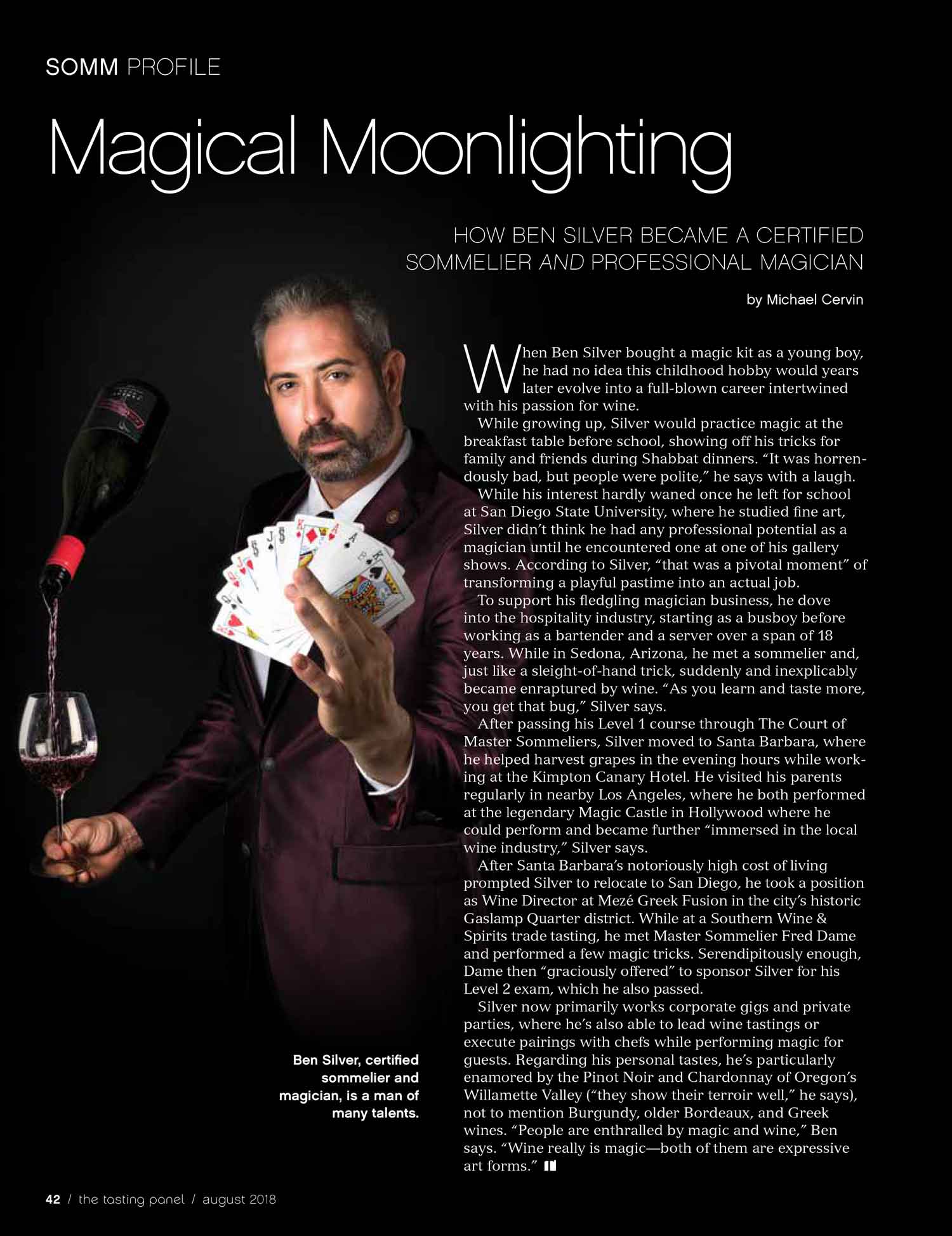 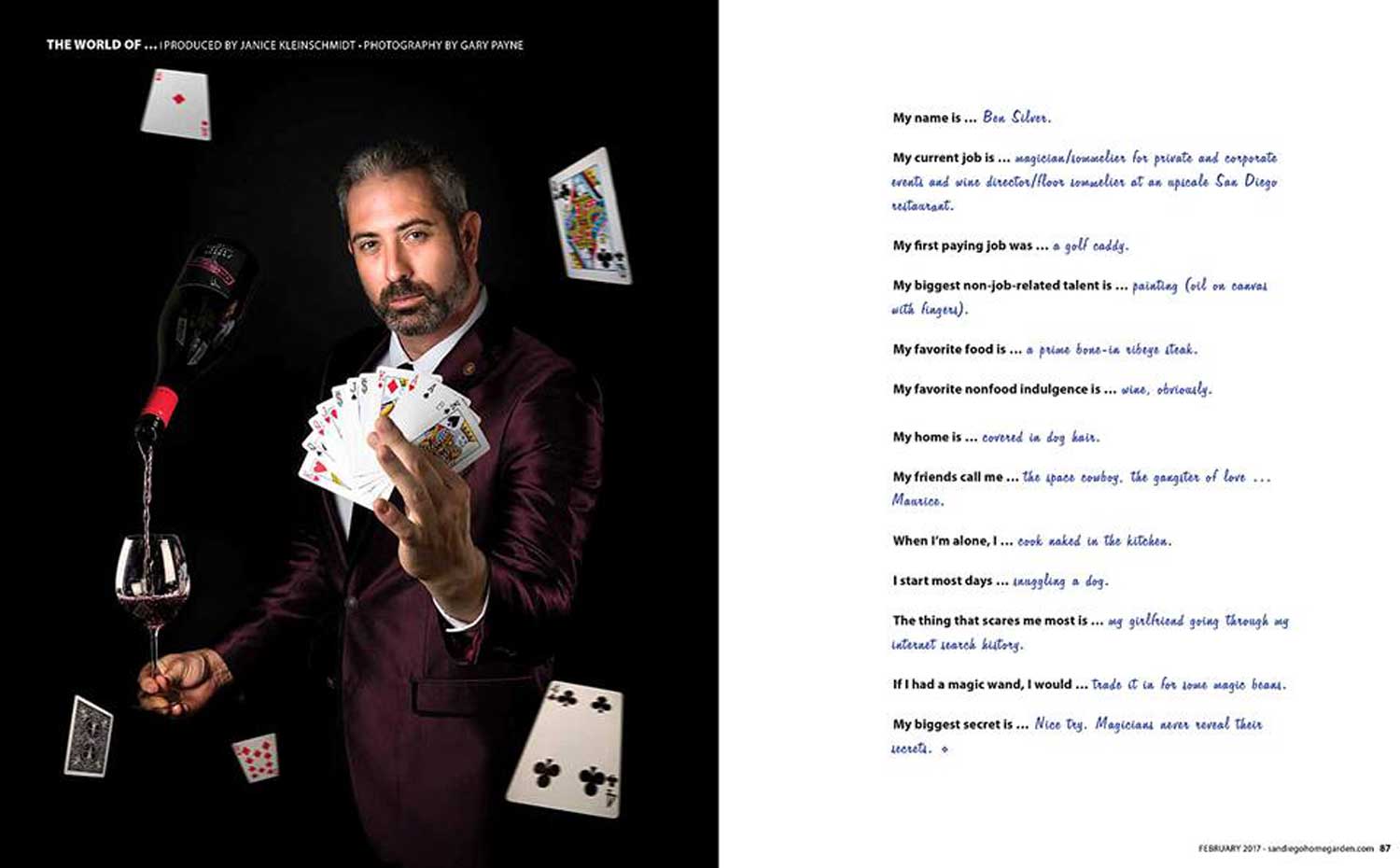 Expertise.com has ranked the Best San Diego Magicians. Although Ben Silver doesn’t agree with the list as a number of talented magicians have been left out, he is still honored to be listed as one of San Diego’s Top Magicians.
Go to Expertise

San Diego Magician Ben Silver is interviewed by Ashley Bray of Bar Business Magazine. This interview covers Ben Silver’s background and his start in both the fields as a wine director and corporate magician making him a one of a kind entertainer.

Reviews and press tell the story now it’s your turn to see for yourself what they’re all raving about. Experience Ben Silver Magic in person and share the one of a kind entertainment with your clients, colleagues, friends, and family.